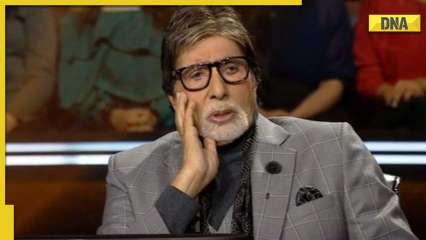 On Kaun Banega Crorepati 14, Amitabh Bachchan revealed an interesting fact related to Pratiksha. While hosting the game, he introduced the contestant Prakyath Shetty and his family members to the audience. Shetty’s sister’s name is Pratiksha. So, Amitabh added, “Pratiksha is a very beautiful name, even his father named their house Pratiksha.”

The Goodbye star stated that many people asked him the reason behind naming the house. “People ask me why did you keep your house name Pratiksha. But I convey to them that I did not choose it my father did.” He continued, “I questioned my father about why did you keep the name Pratiksha. Bapuji has a poem with a line that says ‘swagat sabke liye hain par nahi hain kisi ke liye Pratiksha.'” Everyone clapped and they contained playing the show.

In a previous episode, Amitabh Bachchan asked a picture-based question to contestant Naveen Kumar. While sharing the options, a picture of a snake appeared on the screen. After answering the question, the contestant was asked to take the picture down as he is afraid of snakes. Bachchan resonated with him and added that even he fears them. Naveen added that whenever he sees a snake, he catches a fever, and the host stated that even he goes through similar feelings.

Amitabh further added how he was once fooled to shoot a sequence with a snake. He agreed to it with a dummy snake. “During the shoot, I was holding the snake and I was very calm. I performed my scene properly. After the scene had got over, everybody clapped. Later I got to know from one of my assistants, that the snake was not fake, it was a real snake… and I performed the scene with a real reptile,” the actor said. Everyone in the audience broke into laughter and clapped for the star.