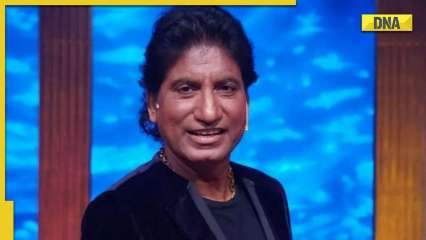 Raju Srivastava has been admitted to the AIIMS (All India Institute of Medical Sciences) hospital in Delhi since August 10, when he suffered a heart attack while working out at a gym in his hotel. His fans and family members have been praying for his speedy recovery.

When fake reports started circulating about his health two weeks back, his daughter Antara issued a statement on his official Instagram account that read, “Dear all well-wishers, My dad Mr. Raju Srivastava Ji’s condition is stable and he continues to recover slowly. He is on a ventilator at the moment. Only statements from AIIMS Delhi and Raju Ji’s official social media accounts are trustworthy and genuine. Any other news or statements from anyone else is unreliable. The doctors and their entire team at AIIMS Delhi are working hard and diligently. We’re thankful to them and all his well-wishers. Request you all to continue your love and prayers for his speedy recovery.”

Talking about his Bollywood career, Raju has acted in many famous Hindi films including Maine Pyar Kiya, Main Prem Ki Diwani Hoon, Bombay to Goa, and Baazigar among others. The comedian came third in the famous television show The Great Indian Laughter Challenge judged by Shekhar Suman and Navjot Singh Sidhu.

Raju Srivastava also participated in the third season of the reality show Bigg Boss 3, the only season hosted by Amitabh Bachchan, and stayed inside the house for 63 days. Dara Singh’s son Vindu Dara Singh won the show in 2009 while Pravesh Rana, who became a famous television host later, became the runner-up.