Gauri Khan confirms being a guest on Karan Johar’s show, but without Shah Rukh Khan 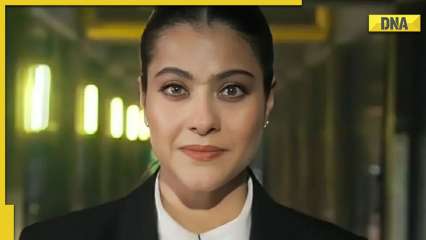 Bollywood actress Kajol`s first look from her upcoming digital series, the Indian adaptation of The Good Wife titled The Good Wife — Pyaar, Kanoon, Dhoka was unveiled on Thursday. In the series, the actress will play a lawyer.

Talking about playing a lawyer in the series, Kajol, one of Bollywood`s most loved actresses, said in a statement, “I have been playing multiple characters throughout my acting journey, but the firsts are always special.” The first look was released on the occasion of Disney+ Day.

Here’s the first look at The Good Wife

Commenting on the upside of the medium of OTT, the actress said, “The beauty of OTT platforms is that they give creators and actors an opportunity to reinvent and experiment with different formats, and with Disney+ Hotstar`s `The Good Wife`, that`s exactly what I got.”

She added: “As a career first move, I will be playing a lawyer in my first-ever series, directed by the fabulous Suparn Verma.” The original series, The Good Wife, was created by CBS Studios, in association with Scott Free Productions and King Size Productions. As soon as the first look was out several netizens hailed her debut, and found the first look promising. A netizens added, “SO EXCITED FOR ITTT AAAHH.” Another netizen added, “WE LOVE YOOOOUUUU.” A user added, “We are looking forward to this interesting and spectacular movie. Good luck @kajol.”

The format rights are distributed globally by Paramount Global Content Distribution and it has been licensed in China, India, Japan, Latin America, Middle East, Russia, Turkey and Vietnam. Directed by Suparn Verma of The Family Man fame and produced by Banijay Asia, The Good Wife — Pyaar, Kanoon, Dhoka will release soon on Disney+ Hotstar.

Marvel chief Kevin Feige opens up about not