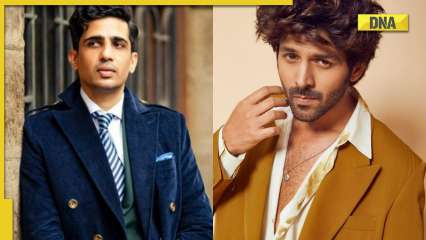 The third part of the musical franchise Aashiqui 3 was announced last Monday on September 5 with Kartik Aaryan as the leading man and since then, so many names cropped up as the leading lady opposite the Bhool Bhulaiyaa 2 star that the makers had to put out a statement that no actress has been locked in yet for the upcoming film.

Trade analyst Taran Adarsh had put out a statement from Aashiqui 3 team on September 7 that read, “Kartik Aaryan – ‘Aashiqui 3’: No Leading Lady Finalised Yet… Team #Aashiqui3 has issued a statement vis-à-vis casting of the leading lady: “The search for leading lady is still ongoing… We would love to share the news with fans as early as possible [as and when finalized].”

Reacting to this statement, Gulshan Devaiah, who is known for starring in critically acclaimed films such as Hunterrr, Mard Ko Dard Nahi Hota, and A Death In The Gunj among others, quoted Taran’s tweet and wrote, “I offer myself for the position of “Leading Lady” Dhamaka kardenge dono bhai milke pichchar mey likhk ke le loh”.

I offer myself for the position of “Leading Lady”

Now, in a recent interview, the Shaitan actor has opened up on his hilarious tweet and said that his offer is serious and is still open, adding that he and Kartik will rock the film together. “Out of the box casting, no one will see it coming and everyone will be thoroughly entertained. Maan nahi raha koi meri baat (no one is listening to me), I am ready”, he told Hindustan Times.

The actor, who played the gay lawyer named Guru Narayan in his last screen appearance in Badhaai Do earlier this year, added that he is fine playing a gay man but he is offering to play the leading lady in this case. He continued that it’s a joke but if it is considered seriously, it would be a tough thing to pull off.