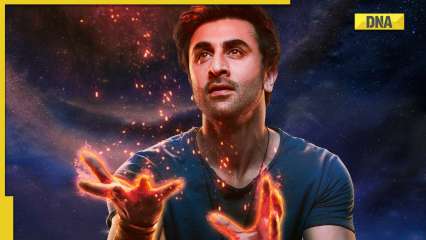 Brahmāstra is SENSATIONAL at the #BO… *#Hindi* version… *#Nett* BOC…

Talking about its worldwide collections, the big-budget visual spectacle has earned Rs 160 crore at the global box office. Ayan Mukerji took to his Instagram account and wrote, “BRAHMĀSTRA 2-DAYS BOX OFFICE प्यार से बड़ा कोई ब्रह्मास्त्र नहीं है इस दुनिया में । (There is no bigger Brahmastra in the world than love) Thank you to all our audiences, for spreading Love and Light in Cinemas this weekend!”.

Also featuring Amitabh Bachchan, Nagarjuna, Mouni Roy and Shah Rukh Khan in a cameo role, Brahmastra Part One: Shiva is the first part of the planned trilogy in the Astraverse created by Ayan Mukerji around the ancient Indian astras. The title of the second part Brahmastra Part Two: Dev was revealed in the film’s climax.

The film has been bankrolled by Star Studios and Dharma Productions and is currently playing in theatres in 2D, 3D, and IMAX 3D in Hindi, Tamil, Telugu, Malayalam, and Kannada languages. SS Rajamouli, who has directed blockbusters such as Baahubali series and RRR, has presented the film in all the South Indian languages.